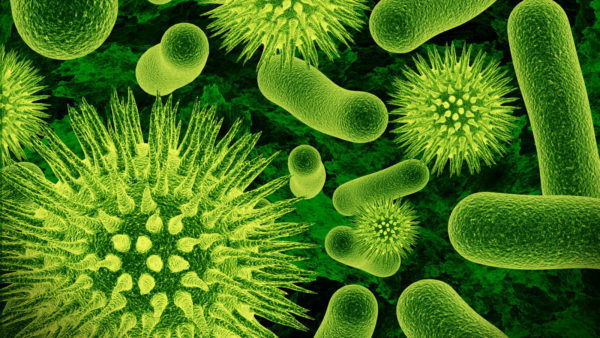 Legionella is a bacterium that can occur in water and can be easily combated by ultrasound. Inhaling the legionella bacteria in the form of water vapour can have severe consequences for health and can be fatal. So-called wet cooling towers in particular can pose a problem because of the misting of the water in the open air.

In combination with the legally prescribed chemical agents that must be present in the water, ultrasonics are very effective. This is because one technique complements the other.
Ultrasound can effectively damage bacteria, as concluded in a literature study conducted by the University of Utrecht, entitled “Ultrasonic sound as a sterilisation method”. Conclusion on page 26: “Bacteria are generally killed very effectively by sonication and cavitation”. This literature review also states on page 29 that a combination with other techniques is “very effective”.

The general operation of USAF™ units is explained in the ‘How it works’ section. (https://www.ultramins.com/en/werking-ultrasoon/)

Bacteria will tear their membranes under the influence of the pressure waves, making the DNA directly accessible for the chemical agents present.
The treatment is much faster than with chemical agents alone and much more effective. This is because the rupture of the membranes takes place directly as a result of the pressure waves from the transmitter. Chemical agents normally need some time to dissolve the membranes before the DNA can be destroyed.
In addition to the literature review from Utrecht, tests in horticulture with the fusarium fungus have also shown these effects. As a result, the use of the amount of chemical agents was substantially reduced (-75%.)
Each tank can be fitted with a USAF™ unit. Every time the water with bacteria passes the ultrasonic unit, the bacteria are damaged and the chemistry present will immediately destroy the DNA.

The advantage of placing the USAF™ units in the tanks is that the biofilm is also combated in the tanks. Bacteria need biofilm to multiply, this is prevented.
This prevents the legionella bacteria directly and indirectly.
For more information, see Biofilm on the General tab.